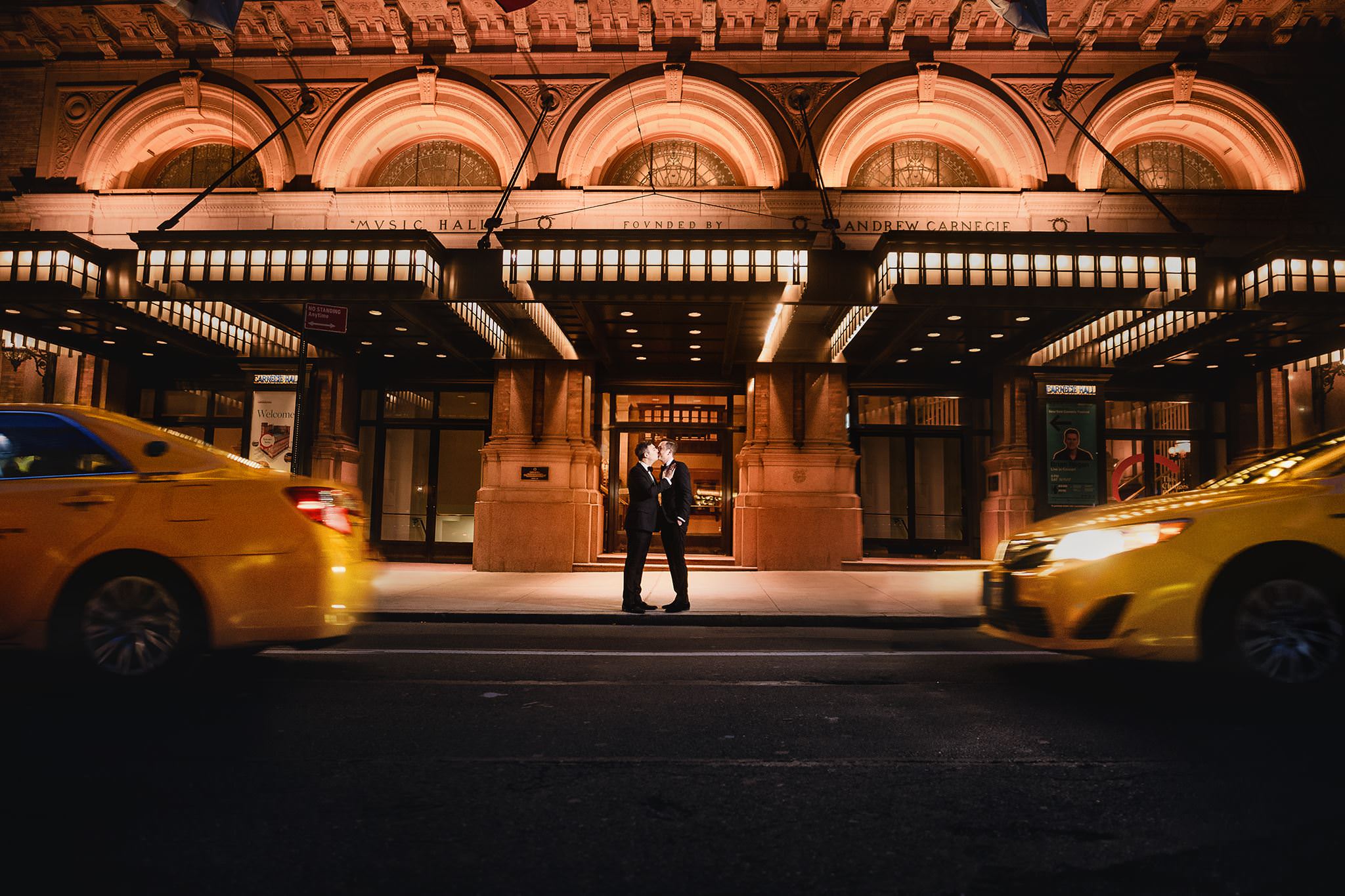 20 of the best images of 2017 from NineDots co-founders Adam Johnson, Rahul Khona, Andy Gaines and Mick Shah along with a few words about each one, why we chose it and why we love it.

Andy Gaines: “This was the classic shot that the wedding venue manager insisted:  ‘you just *have* to get a photo with them outside Carnegie hall – every photographer does that…’ So we did 🙂 I knew exactly the photo I wanted to make – but the crazy NYC rush hour traffic and the sub zero temps made it a bit of a challenge. The worst part was removing my good buddy Adam J in post. His VALS skills are second to none, and he also looked great – but needs must.”

Adam Johnson: “It was a career-long dream of mine to shoot a wedding in New Orleans and I got my wish this year! Candice and Gary’s wedding was an amazing, intimate, family-focused day in my new favourite city. They had told me about the ‘second line’ which would happen at the end of the reception as they processed through the streets led by a police escort and followed by a brass band and their guests. I was lucky enough to have Andy Gaines himself shooting this one with me, and he was on flash duty as I ran around like a madman trying to capture the unique feeling of this moment for Candice and Gary!”

Rahul Khona: “This image is one of my favourites from Chandni & Anish’s wedding. This image was taken during a beautiful moment of the ceremony, where Anish is placing a Mangalsutra on Chandni, indicating that she’s now a married woman. Whilst I was taking photo’s of this part of the ceremony, I noticed Chandni’s mum, looking towards her daughter smiling with joy and pride in her eyes. When i’m shooting a ceremony or a moment, i’m always trying to stay aware of other people around and how they’re feeling in that moment too.”

Mick Shah: “Probably one of my favourite images from last year and it’s another simple image.  I love the expression, Erika and Cedric’s sense of style and it’s romantic, beautiful and classic to me.  Best of all it was taken in a horrible registry office in France with the registrar perplexed as to why I wanted to take photos inside the room (it was like a classroom)…..but the perfect window light and emotion and et viola something timeless is created.”

Adam Johnson: “I kept noticing this art work of Che Guevara at the unique Exhibitionist Hotel in London at Rhiannon and Jack’s wedding, wondering how I could use it in a portrait. It wasn’t until they came to me to say they wanted to make some portraits around the hotel after their first dance that the inspiration for this photo came to me! I had to ask the hotel to switch off all the other lights in the lobby to be able to make this shot!”

Rahul Khona: “Whilst everyone was sitting down for the reception dinner, I went around the grounds, looking for some places that I could make some cool portraits in the short amount of time I was given. I saw these tree’s, and thought lighting them would give a cool shape, and if I lit the couple too, I could create something awesome, that they would love. I grabbed the couple just as they finished eating, and we went outside for around 10mins, I made some quick portraits around the grounds, but spent the longest time making this image as I knew this one would be the coolest if I could execute it well. It turned out to be my favourite and theirs too from the set I delivered them.”

Mick Shah: “I think as I shoot weddings more and more I really appreciate trying to capture imagery that tells the story in one frame and it can be simple and not award winning but for me it’s more important to be authentic….like I want the couple to look at the photo and remember that memory….for me this photo encapsulates all of that perfectly….it had rained all day the Hannah and Ed were drenched and covered in confetti but they didn’t care it was one of those relationships that you feel inspired by being around and so this quick private moment as they walked to the car was only caught because I kept shooting even after the confetti had finished…”

Andy Gaines: “It’s that ‘hell yeah we just got married high fives as we go back down the aisle’ photo – ably assisted by the NYC Manhattan skyline.”

Adam Johnson: “Taken at my first wedding of 2017 – Saloni and Rishabh’s three-day celebration in Dubai – I love this shot because it was all pre-visualised as I wandered the hotel and unusually came out exactly as I saw it in my head! These guys had four other photographers at their wedding so I was able to work out the lighting for this shot while they did some portraits with the other photographers!”

Mick Shah: “This is a wonderful tradition in Hindu weddings when the veil is lowered and the couple see each other for the first time…..usually it’s a big smile or a laugh but I love Hema’s expression here so her and Surj’s cheeky little look across….sums them up perfectly”

Rahul Khona: “I love staying right up until the very end of every wedding, because you never know whats going to happen, especially when people let their hair down, let loose on the dance floor, and because that’s when I get some of my best wedding party photo’s. Like this one. I saw this bottle of wine being passed around on the dance floor, and have some cool frames with my off-camera flash setup, but what I noticed was the laser lights beaming through the haze machines by the dj’s, so I switched all the flashes off, and I knew I could capture a cool silhouette. I took loads of frames, without my flashes, and this was my favourite, because of the hand that’s wanting the bottle passed to them next.”

Andy Gaines: “This is another of those ‘happens at every wedding’ photos – but this shot almost never happened. Rachel and Dave had planned to elope to Iceland alone – but once their friends and family found out they followed them halfway around the world as they just refused to not share in their wedding. It was such a great story – and one that the couple were totally humbled by. So i knew that for their first kiss I wanted to include everyone in the frame. As well as capturing the bleak and incredible Icelandic landscape. I love finding out as much as possible about my couples and their friends and family (and Mick Shah cinematographer!) to include that in my storytelling.”

Adam Johnson: “This was my absolute favourite stand-out moment of my year. That’s Baz, the groom, applauding as his new father-in-law hugs his mum. Baz was born in Iran and his immediate family had travelled to Tuscany for his wedding to Helen. As Helen’s dad made his father-of-the-bride speech he unexpectedly delivered a whole section in perfect Farsi, for Baz’s family. Everyone was in tears and I could tell it meant the absolute world to Baz. Just a legendary thing to do.”

Mick Shah: “It’s amazing to capture memories for our couples, it’s even more amazing when they trust you to be creative with it….I mean if you screw it up then the moments gone….this was a first dance shot with an iphone up against the lens to create the effect of the lights at the bottom mirroring the lights at the top”

Rahul Khona: “I love shooting different cultures, and this was the first time I’ve ever photographed an Armenian wedding. I’m always trying to work hard to bring context into my images, and want to include the priests, or anyone else involved in a wedding, because in years to come my couple’s can remember who performed their ceremony. I didn’t have much conversation with the priests beforehand, just a quick hello, as I arrived after shooting the bride’s prep, and the ceremony started shortly after. I’m always mindful of my boundaries when shooting ceremonies, I don’t want to be in anyone’s way and I never want to disrespect any place of worship, but I always want to get as close as I can to the action to. I shot this with a 35mm, right over the priests shoulder, because the view from where the guests were would have been obstructed by the best-man and I love this image as its a beautiful moment between the bride and groom during the ceremony and wanted to make sure I could see their face’s clearly.”

Mick Shah: “I love this photo because it was the last of the night and the couple were egging me on to come up with something unique for that venue…..I dig that my couples are as excited about the creative process as I am.  It’s actually three photos stitched into one to give that sense of scope with a red gel’d falsh on the background a a flash with Mag Sphere held above them…..all these things combined together means the couple get an image that no other couple to get married at that venue has and that’s important to me….It also became the last image in their album across a full double page spread.”

Andy Gaines: “Because it’s her dad, and she’s his baby girl. The longer i shoot, and the older i get I seem to get more and more caught up in the other relationships at weddings – besides just the obvious one. There’s so much more to weddings than just ya know, the wedding.”

Adam Johnson: “I was shooting portraits on the beach with Hanna and Mark and the light was amazing but fading fast, and in my head I was getting impatient as usual – beaches often offer a limited amount of possibilities and I really wanted to make the most of the time and create as much variety for Hanna and Mark as possible. I spotted two red blobs all the way down the beach and instinct said to go there, and when we did get there it was like a ready made studio with these two abandoned vintage coke fridges! We had fun with a few poses, and this was my favourite!”

Rahul Khona: “Even though I love being right up and close to the action most of the time, sometimes I think it’s really important to take a step back, or in this case, up the staircase and on to the balcony. I always try hard to photograph a scene, so my couple’s can remember the effort they put into their wedding. I had been shooting this party for around 2hrs already, and wanted to get an image that would show off the epic wedding settings around me. I really like this image, because of the person putting their jacket on and walking away from a totally packed dance floor, I can forgive him though as I took this image around 2am.” 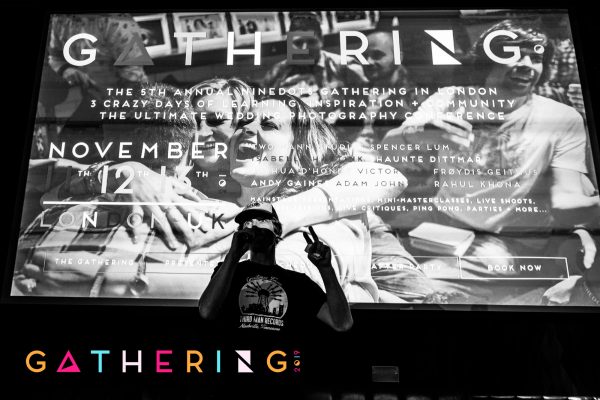 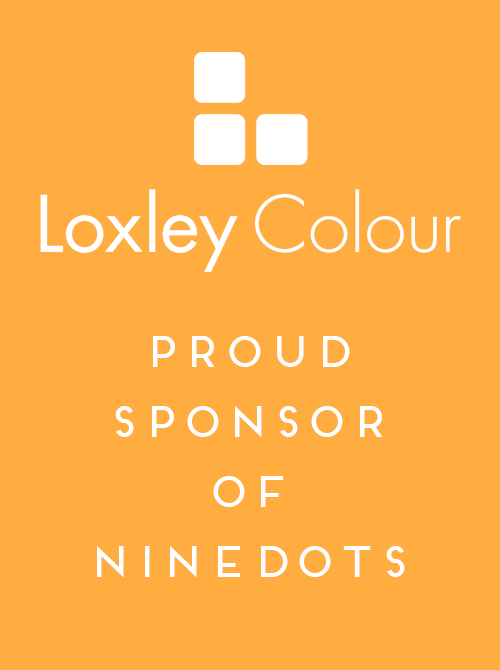